PopoMama Confinement is a Better Choice. 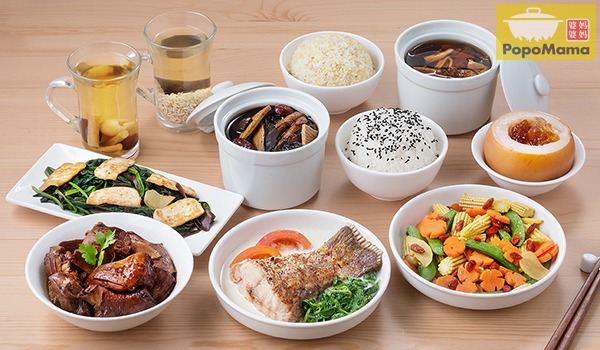 What to Look for in Traditional Chinese Confinement Food Program?

According to ancient Chinese traditions, confinement is a critical period for a mother to recover from the physical and psychological transition in her life. In China, this period is called zuo yue zi or simply translated as ‘sitting the month’. During this period, mothers are required to closely follow certain restrictions such as avoiding cold and wind, eating only warm, cooked food and get all the rest they can.

Food plays a significant role throughout the confinement month. A special diet is curated to keep the body warm, dispel wind, boost blood circulation, increase breastmilk supply and revitalize the mother’s overall health. Food also plays a part in ensuring the long-term health of a mother. It is believed that without proper attention to food intake, a mother can develop ailments such as rheumatoid arthritis, premature ageing, premature hair loss, backaches and other ailments associated with post-delivery.

When choosing a confinement food program, it is vital to ensure that the meals are carefully planned according to the dos and don’ts of Chinese traditions. Chinese tradition is always about balancing the yin and the yang and the postpartum period is believed to be a yin period, which makes the body cold.

To bring the body back to its balanced state, warm food are consumed. Ginger, garlic, sesame oil, dates, goji berries, chicken and pork are some of the must-have foods during this period. Cold food such as crab and cucumber are completely avoided. Food that causes wind such as jackfruit is also avoided during this period.

The Chinese also believe that childbirth causes blood deficiency, therefore, the food taken should be able to replenish the lost blood and qi.

A Healthy, Balanced Meal is Key

On top of ensuring the traditional practices are adhered to, a good Chinese confinement food program also entails a varied and balanced meal that has a good mixture of protein, carbohydrates, fibre, calcium, iron and other essential vitamins and minerals. This is important especially for breastfeeding mothers as they not only have to replenish and restore their health but also act as the source of nutrition to their newborn.

Not all mothers are fortunate to have her popo or mama to prepare the right food during her confinement. Understanding the needs and demands of new mothers, we, at PopoMama have researched the traditional way of preparing a complete confinement food and incorporated it with modern nutritional science to curate a confinement food program that is healthy, comprehensive and delicious!

Get in touch with us to know more!